Well it has been 5 weeks and 1 day since my last chemotherapy treatment. Just this past week I started to finally feel like I am back to normal. Basically. I can run without feeling like death! I can actually run! Like I'm running and not walk-jogging. I felt like I had set a world record the day that I ran 4 miles at an 8:30 min/mile pace :) Funny how life changes your perspective. A year ago I would have thought it was the end of the world if I ran that slow haha. Now I am ecstatic.

I also have started noticing little tiny baby hairs coming back in my eyelashes! YAY! I really hated not having eyelashes. Sterling says he can see baby eyebrows too but I haven't noticed those yet. I did have to shave my armpits though! Haha. Probably TMI but when you've been hairless for so long it is a weird thing to have to start doing again.

I have been doing lots of fun things!

We went over to Grammy's house to watch Suits one night and she introduced us to Honeybells. It is a fruit that is a mix between a tangerine and a grapefruit. It sounds not very good but they were delicious! Super sweet and incredibly juicy. That's why we got to wear bibs. They only grow in Florida one month of the whole year so you have to special order them. But yum! 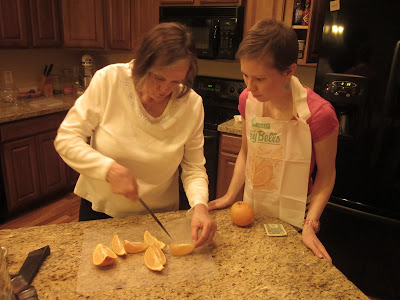 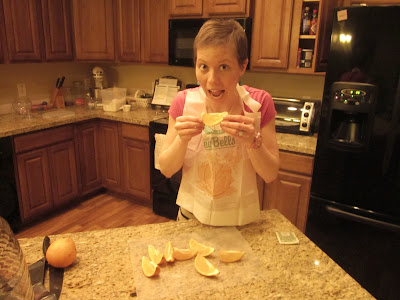 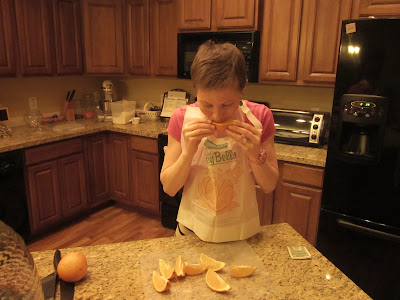 One day I went sledding out at my dad's lake behind our 4-wheelers. Even my mom was brave enough to go! 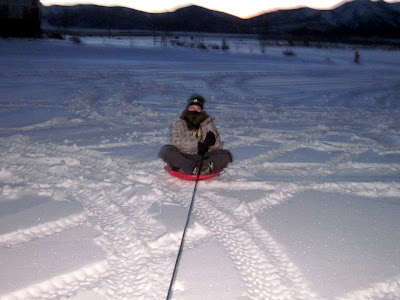 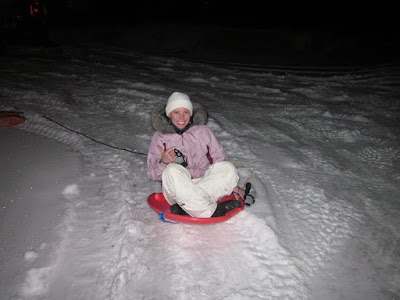 Last week Sterling and I played parents to my cousins while their parents were in Jamaica. They are 10 and 8. Thanks to Pinterest I found a super fun activity for the boys to do one day. Ninja Nerf Gun Target Practice. I made each balloon worth a different amount of points and every time they hit the balloon they got points. At the end they could cash in their points for some awesome prizes. Basically they thought I was the coolest babysitter and cousin ever. 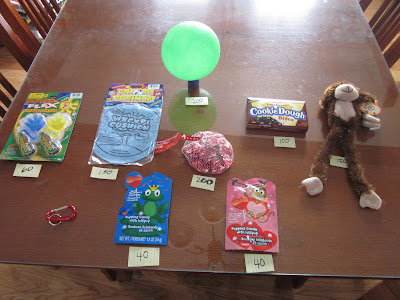 Koda had to stay at my parent's house all week because the boys are allergic to dogs :( It was really sad, we missed him a lot! 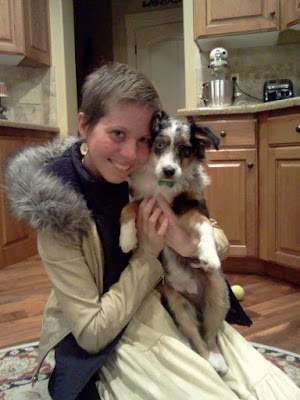 Cesia and Morgan came over one day and we made Valentine's crafts. I am becoming quite the crafty gal! The main thing we made was 3D paper hearts that are hung from tree branches in a cute glass vase. The whole craft only cost about $3.50! It's cute and not too cheesy or tacky. At least I think so.
Sunday was an exciting day for the Zufelt family. My brother Josh gave his farewell talk in church! He did a great job, he is quite the funny guy. He was nice enough to ask me to play my viola as the special musical number. It was really fun. I wish I had a picture of us on his farewell day to post but I don't. He doesn't leave till the 27th though so we still have a bit of time with him.

After Josh's farewell Caden had his Eagle Court of Honor. He's only 14 (almost)! Pretty impressive. My mom hired a live eagle to come in as part of the ceremony. 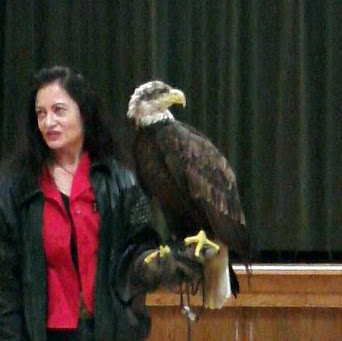 This Monday I went skiing with my dad. It was beautiful and sunny most of the day but freezing cold on top of the mountain. He wanted to take a picture but I was too cold even to show my face for half a second. So this is what he got haha 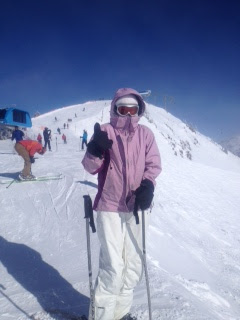 Next Monday the 18th I have to go back in for my Avastin treatment. It should only take an hour though. It has been nice to have a break from the Huntsman! As great as all the people are there, it is relieving not to be there all the time. I am so happy that I've been able to recover pretty quickly. I'm hoping in another month I'll be completely feeling normal with a super awesome haircut. I am seriously considering putting in purple/blue/pink highlights. Like 90% I'm going to do it. Why not right?

Like wouldn't this be totally awesome?
Posted by Kalina Zufelt at 3:53 PM