I've felt so much better this week than I did last week. I wasn't sick at all and just a little tired. Last night I even got to go on a hot date with my super awesome hubby :)

We ventured out in the snow and went to Macaroni Grill. Thanks to a gift card and a coupon we only had to cover the tip! Then we headed over to the Provo Beach Resort to go bowling. But the glitter of those arcade games caught our eye.....we decided it'd be more fun to try our hand at Deal or No Deal and Fruit Ninja. So we loaded up our cards (they do a card system now instead of having tokens) and got to work.

Sterling started it out with Deal or No Deal and he did pretty good! Then I decided to try Wheel of Fortune. I rocked it! I won 145 tickets!!! Wooohoo I felt so cool because I am horrible at video games and stuff usually. 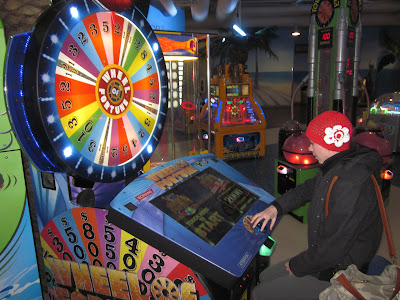 Sterling and I played 2 games of Connect Four. Sadly I lost both :( Pathetic, I know. I played some Fruit Ninja and Sterling went hunting. I tried my feet at Dance Dance Revolution, did you know I have NEVER played it? Crazy huh. I did it on easy on rocked it so I thought I'd try it on normal. Yikes. I got rocked and I was completely exhausted. It was like doing an intense aerobic workout for me. Afterward I sat at the table to catch my breath. 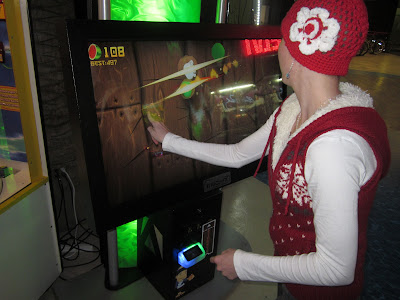 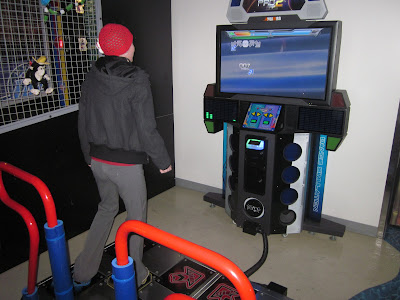 Then the way coolest game came! Think of Get Smart when they have to get through the laser hallway....that's what we got to do! Each of us got to see our ninja skills at weaving in and out of lasers without touching them. I am dominated obviously. Haha jk, Sterling did awesome but I did it a little faster so I got more points.

So, it was a pretty awesome date. We got lots of prizes with the tickests we won and then we ended the night with an ice cream sundae. It is fun to have a normal evening out every once in a while doing something that doesn't revolve around cancer. I can even almost forget about it...almost.

After treatment Monday I'll be a third of the way done! And here's a cute picture of my puppy. 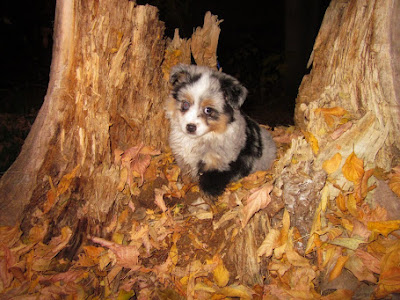