Yesterday was port getting day! I went on a beautiful run up Big Cottonwood Canyon in the morning with my dad and his high-school XC team. We ran around Silver Lake. It was so peaceful and perfect temperature and so beautiful. We saw three moose!! They were less than 100 feet away, just chillin' in the field next to the trail! It was awesome, I wish I would have gotten a picture. 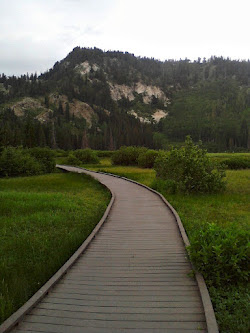 Then after I went home and showered it was pretty much time to go to the hospital. We got there a little early because there was no traffic but they got us in for our first appointment without too much waiting. The first appointment was with a genetic counselor. After looking at all the signs and going through my family history, they are pretty confident that my cancer was not caused by a genetic mutation in the BRAC 1 or 2 genes (that is just the breast/ovarian cancer preventing gene). However, since I was getting labs drawn after anyway I decided to go ahead and do the test just so the rest of the women in my family can know if they should be concerned and get tested themselves. We will know the results of the test in 2-3 weeks, but it is very likely negative (meaning my cancer was a random crazy attack of my cells and not something my mom or dad gave me).

The next appointment was to get some labs. They took like 8 or 9 viles! Most of them were for a research study where they are looking at potential other genes that could be causing cancers. I also got an IV placed for my next appointment.....getting a port.

I forgot to mention, they told me I couldn't eat or drink anything after 8am.....Can I just tell you, I was one GRUMPY chick!!! I was starving. Like hungry beyond reason, I thought I was going to die! And everybody at the hospital was sooooo annoying to me hahaha (looking back I realize I was being completely irrational and crazy).
My port placement wasn't supposed to be till 3 and we got done with everything else by 1:30. I was hoping they wouldn't be busy and they'd be able to squeeze me in, but we had no such luck. So I took like a 40 minute nap in the waiting room and then they felt bad so they put me back in a comfy bed with a warm blanket and pillows. I haven't said it yet, but I was really super nervous for the procedure. I really did not want to have to get general anesthesia because we were supposed to take family pictures when I got home and I would have had to stay at the hospital an hour longer after for "recovery" and I would have been sleepy, groggy and totally out of it for pictures if I could even make it! So that meant I would only get lidocaine numbing medicine at the surgery site and I would be awake, coherent and feeling pressure and tugging the whole time. I wanted so badly to be brave but I didn't know if I'd be able to.
At 3:30 they finally took me back to the surgery room. My doctor was a pretty cool guy, quite the jokester. They numbed me up which hurt pretty bad, but I am used to getting painful burny shots because I have had to take a blood thinner shot every day for the past month since surgery (its just standard procedure after a major surgery). They also covered my head and chest with this plastic blanket thing and cut open a hole just where they needed to work, I guess it keeps everything sterile and safe. I had a little hole to peek out of the side of the blanket thing and I stared at the wall the whole time. With the numbing shots and sterilization process over they started hacking away at me! Okay, that might be an exaggerating :) To keep my mind off what was happening I stared at a red baseball cap that was hanging up on an IV tower by the wall. I also started chatting it up with the doctor. That helped A LOT. I ended up talking to the doctor the entire time. I mostly only felt a lot of pressure, at times I thought Dr. Huo was trying to break my rib! I told him if he did, that he better break my leg too because I was coming after him and he wouldn't like it. We laughed a lot and had a really nice time in there :) Eventually I thought my head was going to pop off because I had a really bad headache from being so tense and nervous, but then they finished up. Just a few more stitches here and there and they pulled the plastic tarp off me. It was kinda weird seeing my doctor's gloved hands covered in my blood.....but I didn't freak out too much. I got up off the table and walked out of the room!

I got dressed and my mom took me upstairs to the cafeteria to get some food. The trauma of the event (meaning I was still freaked out the whole time, just secretly) made me not quite as famished but I got a yogurt parfait and an apple juice. My mom gave me the bacon off her sandwich too so it made a decent dinner and I felt much better :) When I got home it started hurting a lot more and feeling really stiff. But I tried to suck it up and we drove up Little Cottonwood Canyon for our family pictures. The rain stopped just in time for us and the sun was peeking through the clouds. It was so beautiful up there, I can't wait to get our pictures back. My cousin Jessie is an incredible photographer and she did a great job and made it a lot of fun.

Today was one of my best friend's wedding. Yay!!! Monday is my first chemo treatment, I have appointments starting at 10am, the infusion starts at 1pm and it will probably take a little over 2 hours. 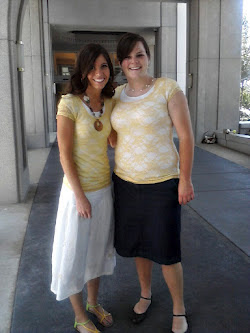 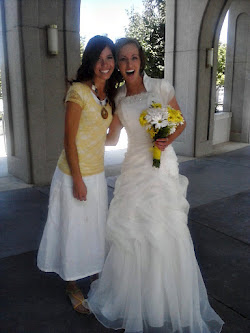 Posted by Kalina Zufelt at 5:36 PM