Last Wednesday I got to come up to Salt Lake and have lunch with some old friends from my neighborhood. We have known each other since elementary and haven't really hung out since high school. It was so much fun seeing them again and catching up! 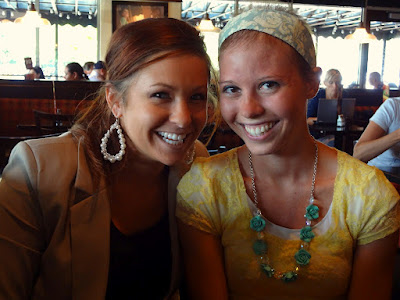 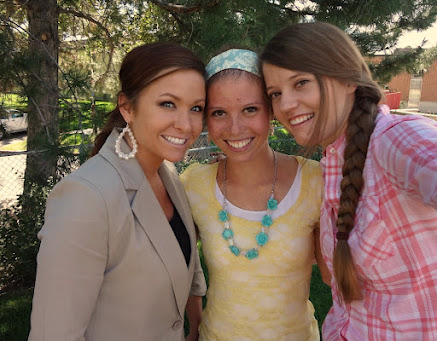 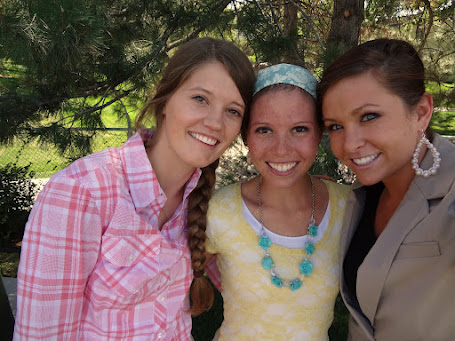 We had a hard time getting a picture where all three of us looked good. I think we took like 20 and these are the only 2 that we liked :)

After lunch Cesia and I went back to her house. I got to play with and feed her chickens!! Who knew that chickens were really soft and they are actually fairly smart! We also made a craft. It was so fun. 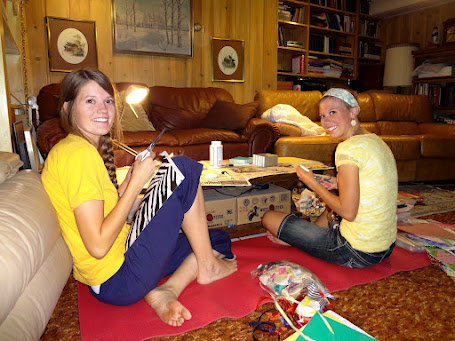 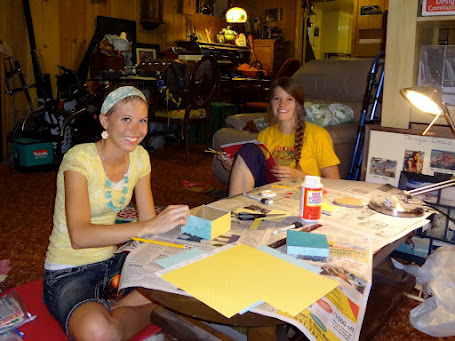 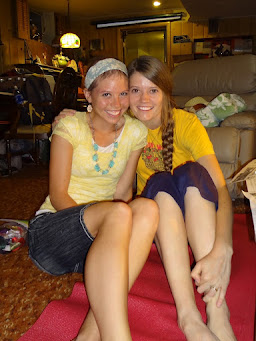 I am so lucky to have great friends. Thank you Cesia for being there for me and being so much fun! Even though we didn't hang out for almost 4 years its like it was yesterday :) Love that.

On Saturday I went waterskiing in the morning at my dad's lake. It was gorgeous! I mean look at this picture, it was such a beautiful peaceful morning. 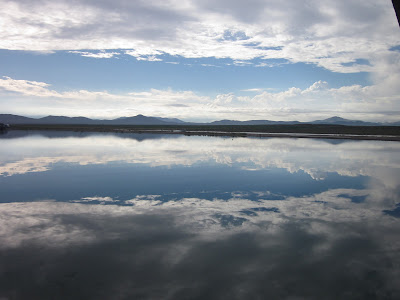 I got a little frustrated because I got tired so much faster than usual and it just ached all through my body. So I had a good cry and then I was fine and went a little longer, but I was pretty tired. Then I got to go to another one of my good friend from high school's wedding reception. She looked beautiful and they had a chocolate fountain for refreshments :) yummmmm. 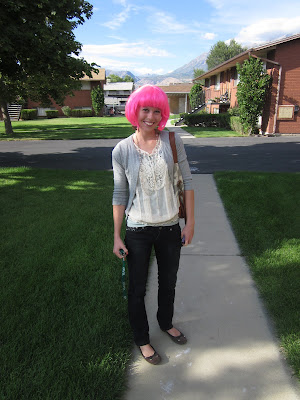 The coolest thing I did last week though was a chocolate making class! My mom found an AmazonLocal Deal for it and signed us up a while back. I learned so much there! It was really cool because it was just a small little shop run by 2 guys. It is called The Chocolate Conspiracy. It is an artisan organic all natural chocolate company. I didn't really get to take any pictures while we were there because he just did a demonstration while we watched and there were a lot of people.

I learned a ton about cacao (cocoa..same thing, different spelling). How its grown and how it is eventually made into chocolate. I learned why Hershey's chocolate tastes like wax and kind of gross (they put wax and gross things in it). He only buys cacao beans directly from the farmers and only if they grind it at the farm themselves. He says that way he knows its organic and natural and hasn't been shipped all over the world and gotten gross bugs and diseases. Ghana is the main producer of cacao. Cacao grows 20 degrees north and south of the equator and it grows all year long. So there is no "off" season for it, yay chocolate is always in season!

French chocolate tends to be very roasted (the cacao beans are). It is also fatty and creamy. Italian chocolate tends to be very viscous and smooth. And American chocolate (the new nice chocolate, not Hershey's, Mars, etc.) tends to be simple and of a medium roast. The Chocolate Conspiracy doesn't roast their beans at all. They prefer the more simple and natural flavor. Also, roasting the beans kills some of the vitamins and healthy stuffs in it. He also doesn't add any sugar. He uses either organic honey or pure maple sugar to sweeten it.

We got to try 7 different chocolates while we were there. I was super surprised by them! Last time I tried fancy artisan dark chocolate it was incredibly bitter and tasted really dry and not creamy or smooth. His dark chocolate only has three ingredients: cacao beans, cacao butter and honey. It was pretty good!! Not bitter at all and pretty smooth! We tried dark chocolate, dark chocolate mint, gogi berry, blueberry pistachio, spicy, a hand-rolled coconut truffle and a balsamic vinegar. My favorites were the dark chocoolate, the blueberry pistachio and the truffle. The truffle was AMAZING!!!!!!!! Holy crap I almost died. And then yesterday I made them with my mom!! Coconut oil, cocoa powder and 100% pure maple syrup. That's it. Freakin delicious.

Yesterday I had chemo again in the morning. This time I slept through pretty much the whole thing after the Benadryl! Usually it knocks me out for like 20-30 minutes and then I wake up and do stuff the rest of the time. But not yesterday. Maybe it is starting to get to me....who knows.
After chemo we went to my house and went on a short hike in the Dimpledell area. It was really pretty! And quite hot. I invited Gizmo (my parent's dog) and he almost died. Poor little guy, he is out of shape! It was funny. We had to carry him a few times haha. Good thing he's so small! Sterling says we have enough pictures of us hiking, but here is another one anyway :)

Remember everyone to sign up for the Fallen in Chocolate 5k!!! Go to http://runnercard.com/e/runner.Main?meet=4310 to register. It is going to be awesome, you won't want to miss out :) There are lots of people on Facebook who have said they are going but haven't signed up yet....hurry and do it so we can order the shirts!
Posted by Kalina Zufelt at 12:15 PM